It is hard work being THIS good 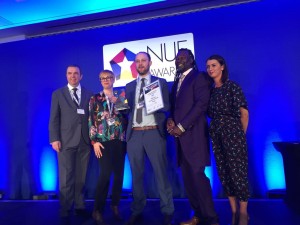 Before you start telling me I am an egotistical maniac with narcissistic tendencies, this article is NOT about me.

It's about a guy called Mike Grey.

Apart from being distantly descended from the bloke that gave the name to the famous tea, he has rather taken the University Placement world by storm over the past decade.

On Friday last week, other's in the industry made sure he knew about it. Mike scooped the award for Outstanding Contribution at the National Undergraduate Awards ceremony.

Mike led the EC Futures Team at Coventry University from its inception in 2011, through to being awarded the Teaching Excellence Award for Employability in 2014, the Best University Placement Service at the National Undergraduate Employability Awards in 2015.

Since the launch of EC Futures, under Mike’s leadership, the number of students completing accredited industrial placements has increased by 241% within four years, and the placement students currently completing work will earn a total of £4.88 million at the end of their experience.

The Executive Dean of Coventry University has said of Mike, “his work on the development of the Faculty’s employability agenda has been transformational.”

Mike fought off stiff competition from other finalists from a range of universities.  The Awards this year saw over 400 nominations from employers, universities and students across 17 different Award categories. Winners of each Award were selected by an independent judging panel, made up of key thought leaders in the industry.

So there you have it. He is actually pretty good. And now, I'm proud to say that he works for Gradconsult.

I asked Mike recently, "what is the secret to your success?"

In a way that only Mike can say, "Well, you see, it's about being good at a few things. Doing the simple stuff well. Work hard on the stuff you know that works and rest follows." 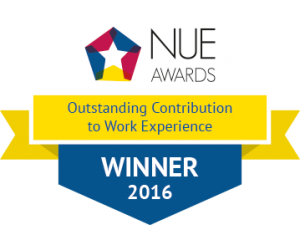